On their first visit to the Woomera Baker Observatory, the Japanese Space Agency, JAXA, Hayabusa2 Capsule Recovery Team highly recommended that we go to Coober Pedy and watch the capsule reentry. So we did a marvelous and sciency road trip to Coober Pedy via the Borefield Road and Oodnadatta Track, the Track passes Lake Eyre and follows the historic route of the old Ghan Railway. For a science and history excursion we checked out Lake Eyre South, Ghan Railway sidings, Overland Telegraph Line remains, Coward Springs, Wabma Kadarbu Mound Springs Conservation Park and the Strangways Historic site and springs.
We had 2 x solid snacks and beer sessions at William Creek Pub on route and on return. William Creek marks the halfway point between Marree and Oodnadatta along the famous Oodnadatta Track and is one of the smallest towns in Australia.
The town is situated on the world’s largest cattle station; Anna Creek Station, and sits 60 kms from the nearby Kati Thanda-Lake Eyre National Park.
There was a buzz in Coober Pedy, lots of scientists, support crew, space nerds, space industry types, tourists, Australian freelance photographers working for overseas media, Australian media, the whole town was awake, excited and thirsty.
We did a reconnaissance of a few prime locations in the day with the JAXA App and decided for optimal viewing that a spot at the Kanku-Breakaways Conservation Park was the go. It was amaze, we had the place to ourselves, space tunes and the payload / fireball / trail went directly over our heads.
Thanks JAXA for the light show and to the William Creek Pub and Coober Pedy Crew for your hospitality. Marvelous! 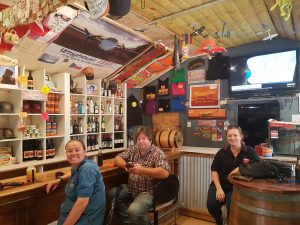 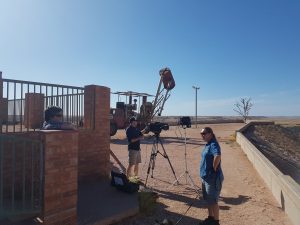 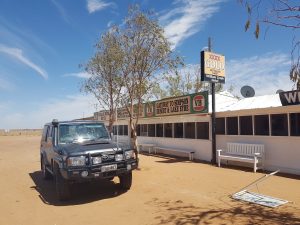 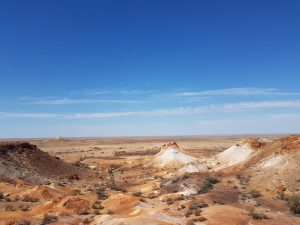 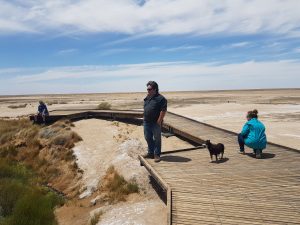