Aliens Amongst Us – Cephalopods Presentation 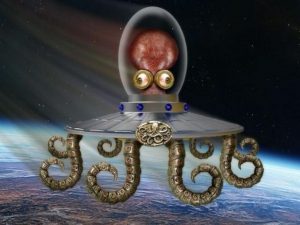 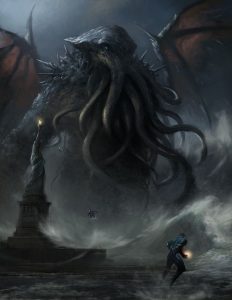 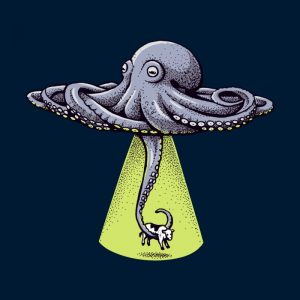 Aliens Amongst Us – Cephalopods Presentation Saturday 18 August 6 pm. Learn about Cephalopods in sci-fi and alternative future fiction
Rove South Australia and delve into the place where Art meets Science and cooks up visions for the future. To celebrate South Australian Living Artists Festival, combined with the National Science Week Festival, Team Illuminart has joined forces with artists, scientists, councils, and tourism organisations to make STEAM. (that is, Science, Technology, Engineering, Art, and Mathematics)
Cephalopods are a class of mollusks that include octopuses, squid, and cuttlefish. These alien, ancient, and intelligent beings have evolutionarily unique traits which have inspired a diverse range of fictional beings in alternative future fiction and sci-fi
Opalised fossils of Belemnites, an extinct order of squid-like cephalopods that lived in the ancient Eromanga Sea during the Late Triassic to Late Cretaceous, have been found in Andamooka. During the Cretaceous period, the vast ocean’s gradual retreat saw large-scale opalisation of a wide array of prehistoric marine life, including giant Belemnites, marine reptiles, and other creatures swimming and roaming the shoreline, skies, and shallow seawater
Dress
Cephalopod themes in sci-fi and popular culture. Think 20,000 Leagues Under the Sea, Cthulhu, Prometheus, Arrival, War of the Worlds, Homer’s “Odyssey, Dawn, Children of Ruin, The Simpsons’ Kang and Kodos, Time, The War Of The Worlds, Men in Black, Tomorrow War, The Fellowship of The Ring, Tentacles, It Came From Beneath The Sea, Doctor Who, The Kraken, Independence Day, Men in Black, The Matrix, Marvel’s Hydra and Spectre from the James Bond films
Did you know that Andamooka has been referenced in popular culture Futurama Series and the Max Brooks novel, World War Z?
6:00pm – 11:00pm
Free
Andamooka Observatory
195 Church Court
We recommend wearing clothes that you don’t mind getting a little dirt/dust on from noodling and bring water, insect repellant, and sturdy footwear
AO2022-07-25T02:14:16+00:00