SAVE THE DATE! 500+ Miles of Music Tour show in Andamooka Thursday, 23rd June 2022. 3 outstanding acts for the night, Taylor Moss, Will Day and Matt James
500 Miles of Music is back in 2022 and we are taking you on a few more miles with more locations and more concerts!

From Wombat Flat (near Eudunda) to William Creek this is the ultimate music road trip while taking in some of the greatest sights in regional and outback South Australia.
This 11 day roadshow has been designed to showcase some of Australia’s BEST musical talent to local audiences as well as SA and interstate tourists heading up to Birdsville for the annual Big Red Bash and Marree Camel Cup.

Come along to the Andamooka show or join the 500+ Miles of Music tour for the whole 11 days. This is not just a music tour but a great way to travel thru some of the best locations SA has to offer. 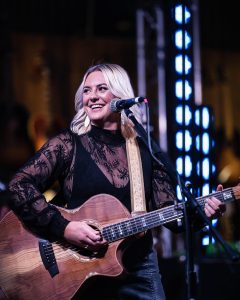 Taylor Moss
Taylor is the highest streamed Australian Female artist to date in 2021. Taylor is a 25 year old country pop artist, born in Ulladulla NSW, lives in Sunshine Coast QLD. She made her first recording at age 15 in AC/DC`s Sydney studio. She got her break at Urban Country Music Festival 2012 winning their talent quest and made finalist at Tamworth`s prestigious 2015 Toyota Star Maker comp. Supports with Jimmy Barnes followed along with further shows at Tamworth and Gympie Muster. During 2020`s Zombie Apocalypse Taylor worked with producer Stuart Stuart (The Veronicas, Sheppard) The collaboration delivered 2 kick ass country pop tunes, the first of which ‘Aint No Girly Girl’ was released back in late 2020. Ain’t No Girly Girl, recently reached 1.2 million streams on Spotify 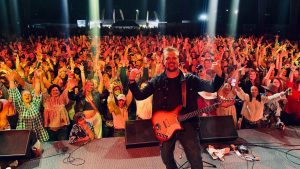 Will Day
Will has opened for the likes of Morgan Evans, Shannon Noll, Icehouse, Diesel, The Whitlams, Hoodoo Gurus, The Baby Animals, The Black Sorrows, Kingswood, Col Finley and The Viper Creek Band while also appearing at some of Australia’s most popular country music festivals, including Tamworth Country Music Festival, Groundwater Country Music Festival and Gympie Music Muster in the Grand Final of the 2019 Talent Search. Will’s single ‘The Real World’ (co-written with Matt Scullion) reached number 1 on Australian Country Radio 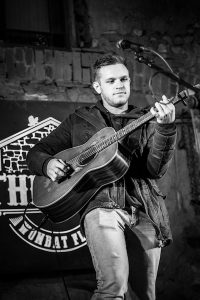 Matt James
Matt grew up in the small South Australian town of Mount Gambier. Growing up in a musical family, Matt grabbed hold of his country roots in his teens, and never looked back. Showcasing his skills at music festivals all around the country, Matt has built his tone and musical quality, around the likes of Keith Urban, Rascal Flatts and Sam Hunt. He is also known to sing and pick to songs of George Jones, Merle Haggard, and Vince Gill – Matt leaves no country music stone unturned.
Matt has played alongside artists and supported the likes of Lee Kernaghan, The Wolfe Brothers and more recently Aleyce Simmonds and Brad Butcher. As well as these talented Australian bred artists, Matt has been influenced by other successful local acts such as Kaylens Rain, Missy Lancaster and Kaylee Bell(NZ). Matt holds a bachelor of Music and has jammed along With Redd Volkaert, the virtuoso guitarist from the late Merle Haggard’s Band